The Perfect Grilled Lobster at Home

[FTC Standard Disclaimer] I received no compensation for this post.

I haven’t done enough seafood on my blog so today, I’m sharing a guest post from Lobster Anywhere on how to grill killer lobster at home.

Lobster on the grill might not be the first cooking method that comes to your mind but trust us. It is absolutely amazing when prepared with the right recipe. Like other types of seafood, timing is critical. It suffers a similar fate like shrimp if you overcook it. Our guide will give you everything you need to know to master its delicious and decadent preparation.

Fire up the grill! Let’s get cooking! 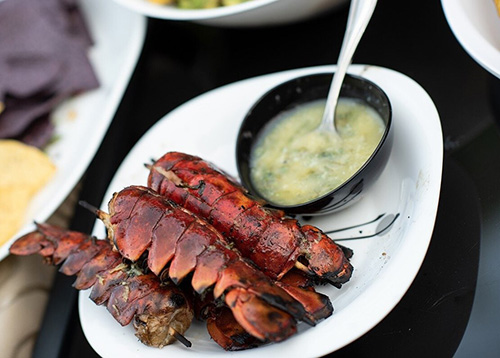 As with any BBQ dish, it begins with quality ingredients. You’ll typically find lobster sold frozen as tails or live in a tank. If you’re squeamish about the prep for the whole animal, you’ll get the bulk of the meat with the tail with less work to get it to the grill. You’ll see either warm or cold-water varieties. The distinction is where the seafood is sourced.

Warm-water lobster comes from the Caribbean, Mediterranean, or other warmer seas, hence, the name. Conversely, cold-water lobster is from the colder Atlantic Ocean around Maine, Nova Scotia, and Canada. It is the more desirable of the two because of its sweeter taste. The best time to get them is when they are in season, which is either late spring or fall when their shells—and meat—are firmer.

Lobster is sustainable for the most part. However, we’d recommend avoiding seafood from southern New England or catch from Brazil or Belize. If in doubt, ask the clerk before you buy it.

Unlike meat, your window for cooking lobster is a bit shorter because they spoil quicker. That’s why you see tails frozen in the store. If you were boiling them, that would do the deed for a live lobster. If you have a whole one, pop it in the freezer before you dispatch it, leaving the bands on its claws. A sharp knife through the back of its head will get the job done humanely.

For frozen tails, your prep involves thawing them first. You can put them in the fridge overnight so that they are malleable the next day. You can also put them in some lukewarm water for around 15–20 minutes. Rinse either the whole lobster or the tails with water. Dry them with paper towels.

You can cook them either halved or whole. We like the presentation of the entire piece. If you do cut the lobster, it will reduce the cooking time. We’d suggest using the temperature method for doneness, which we’ll explain later in this article.

Prepare your lobster tails for the grill by cutting through the hard-outer shell with kitchen scissors up to the tail. Then, butterfly it using a knife to open it up to remove the intestinal vein. Some people go through the softer membrane, instead. We prefer our method because it makes it easier to eat! Next, run a skewer through the length of the tail to keep it from curling when it cooks.

The best temperature is around 350 degrees Fahrenheit. If you’re using charcoal, that’s about 5–7 seconds with your hand over the coals. Of course, your grill is clean. Oil it, too, to prevent sticking.

Baste the exposed meat with either olive oil or melted butter. Both have a higher smoking point to prevent charring the lobster. Season it with salt and pepper.

We would suggest preparing a separate seasoned baste of either fat so as not to burn the spices. What you add to it is up to you. Lobster tastes great on its own, but feel free to make it your way.

Place the skewered tails on the grill, flesh side down for about 5–7 minutes, depending on their size. You’ll notice the meat turn a creamy opaque color and the shell, a bright red orange. Flip them on the shell side for another 5–7 minutes. Slather on your basting preparation lavishly while keeping an eye out for flare-ups on the grill.

The tails are the best indication of doneness for whole lobsters, too. Another way to test it is by yanking gently on its antennae or smaller front legs. They will come off when it’s ready. You can also verify it with an instant-read thermometer. The ideal temp is between 135–140 degrees Fahrenheit.

Unlike red meats or chicken, you can dig it right after your lobster comes off the grill. It is also delicious cold in salads. We’d suggest keeping the shells when you’re done. They’ll make a tasty broth for homemade bisque with a delightful hint of smokiness that we’re sure you’ll love. 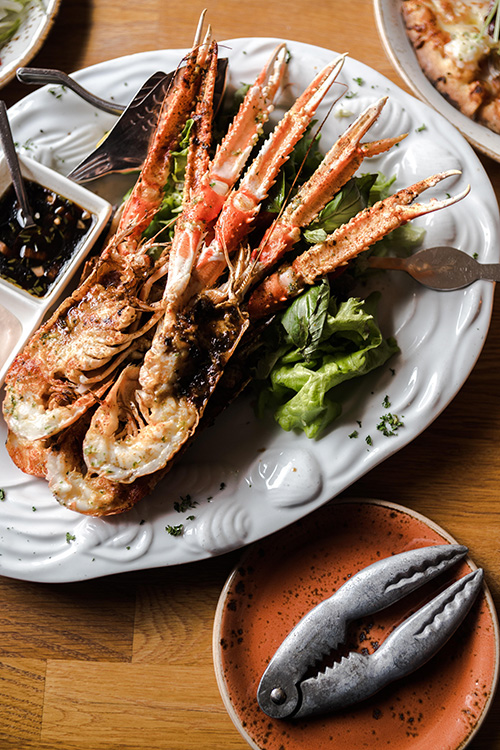 Let’s face it. Lobster is probably the ultimate treat or date-night meal. What better way to enjoy a warm summer evening than with the perfect grilled lobster with a bottle of wine to share with your significant other. As you’ve seen, the prep and cooking aren’t difficult. Once you get the timing down, we’ll bet that you’ll put this tasty crustacean will make it on your regular grilling rotation.

For more tips and tricks, check out Lobster University – your source for everything you need to know about cooking lobster and seafood at home.

8 Recipes You’ll Want to Grill or Smoke in July

We will be happy to hear your thoughts

The Gardener Reviews is an online store where you can find the best Amazon products and also be inspired with new ideas for your own garden.

We know that it can be hard to find the best products on Amazon that best suit your needs, but we are here to help you.